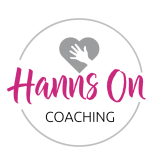 If you want to live life fully expressed, where are you engineering small?

These four simple words sit at the heart and soul of one of a couple of my lighter life philosophies of “everything happens for a reason” and “its all good”.

By weaving these seemingly clichéd adages together, this formula delivers a humble yet relevant space for mindfulness, awareness and conscious choice to emerge.

So what does this have to with Brené Brown and Beyonce?

Well I confess to indulging in a little Netflix action this Easter break as well as the customary egg hunts and good times with family and friend…like I was saying… the first being Brené’s – The Call to Courage and hands down loved it. If you haven’t checked it out, please do yourself a favour and book yourself some couch time and soak up the wisdom shared.

I could go on about a myriad of points and philosophies affirmed, shared and echoed in my own experience, however there was one very casual point Brené made early in her presentation that caught my attention.

Brené was making reference to herself as an introvert and was sharing a number of situations she finds herself in and her amusing coping responses and it was while she was talking about this she dropped this casual declaration “I had engineered small in my life”.

Engineered small…what an interesting term of phrase…and what was it about these two words that struck such a chord in my psyche?

Fast forward to yesterday, feeling less than average with a dose of gastro…cue an opportunity to binge on a few docos Netflix style…hello The Creative Brain by Neuroscientist David Eagleman, to be honest this was a little heavy for me to process yesterday and I bailed halfway through, that said what I did glean was that creativity is present in everything, the human brain is hard wired for creativity.

Hello Queen Bee…next up was Beyonce’s Coachella 2018 extravanga “Home Coming” WOWZERS what a spectacle and what an insight to the drive of her creativity expressed.

There is a quote towards the end of Beyonce’s Coachella experience that simply states “Without community, there is no liberation” from Audrey Lorde…once again ‘notice what you notice’…it was around this time the real dawning of the link between Brené’s message and Beyonce hit home for me and what I thought was worth sharing.

Beyonce’s Coachella experience was aptly dubbed Bey-chella and the intention that drove the production was anchored in liberating her people, her heritage and raising the focus on history and to do so…created a community.

To be fair, when Brené spoke about ‘engineering small’ she was talking about her pre-TED Talk life…well mostly…the link between Brené and Beyonce boils down to when the world hands you a stage…What will be your response?

My point, as a humble researcher, with a focus on shame – who could have foreseen the ripple effect of sharing the ‘Shame & Vulnerability’ message. Brené makes the point of how grateful she was that she’d only presented to a few hundred at the TED Talk, and was then mortified to learn she’d gone viral, the rest is history.

Beyonce was originally due to head Coachella in 2017, however her twins had other ideas…so with an additional twelve months to plan…when she was handed a stage she seized the opportunity to make musical and cultural history.

What struck me the most was the level of community she fostered in the Bey-chella crew, from behind the scenes to dancers to the intentional recruited HBCU musicians.

Audrey Lorde’s full quote reads: ““Without community, there is no liberation…but community must not mean a shedding of our differences, nor the pathetic pretense that these differences do not exist.”

Which brought into focus something else Brené said – “Avoiding difficult conversations is the definition of privilege.

When bringing the intention of these two statements into focus, what do you see?

For me, this is the link, the example of possibility when you have a message and the audacious courage to get alongside people and invite them into your vision.

The mind boggles at how many difficult conversations were shared in the realizing of the Bey-chella experience. The level and sense of community in the on stage presence alone is extraordinary.

While we may not all have a viral TED Talk message or be given the opportunity to head Coachella, we do all have something we yearn to do… welcome to the human race, we all have that voice that ‘engineers small’ in our world.

Truth be told, in my own little world…I engineer small every single day…dodging and weaving away from difficult conversations and to be honest the duck and weave for me typically comes down to ‘what if I offend someone’.

Well what if I do…might just be my new mantra…may its time for a difficult conversation or two.

Because if everything does happen for a reason, including offending someone (unintentionally ofcourse), then perhaps paving the way for a difficult conversation could realise some good after all.

What are you noticing?

Share the Fun!
Are You Open to What Life Throws You? Change is constant, Growth is optional

Power up your communication with Three Tiny Tweaks

Change is constant, Growth is optional

Are You Open to What Life Throws You?